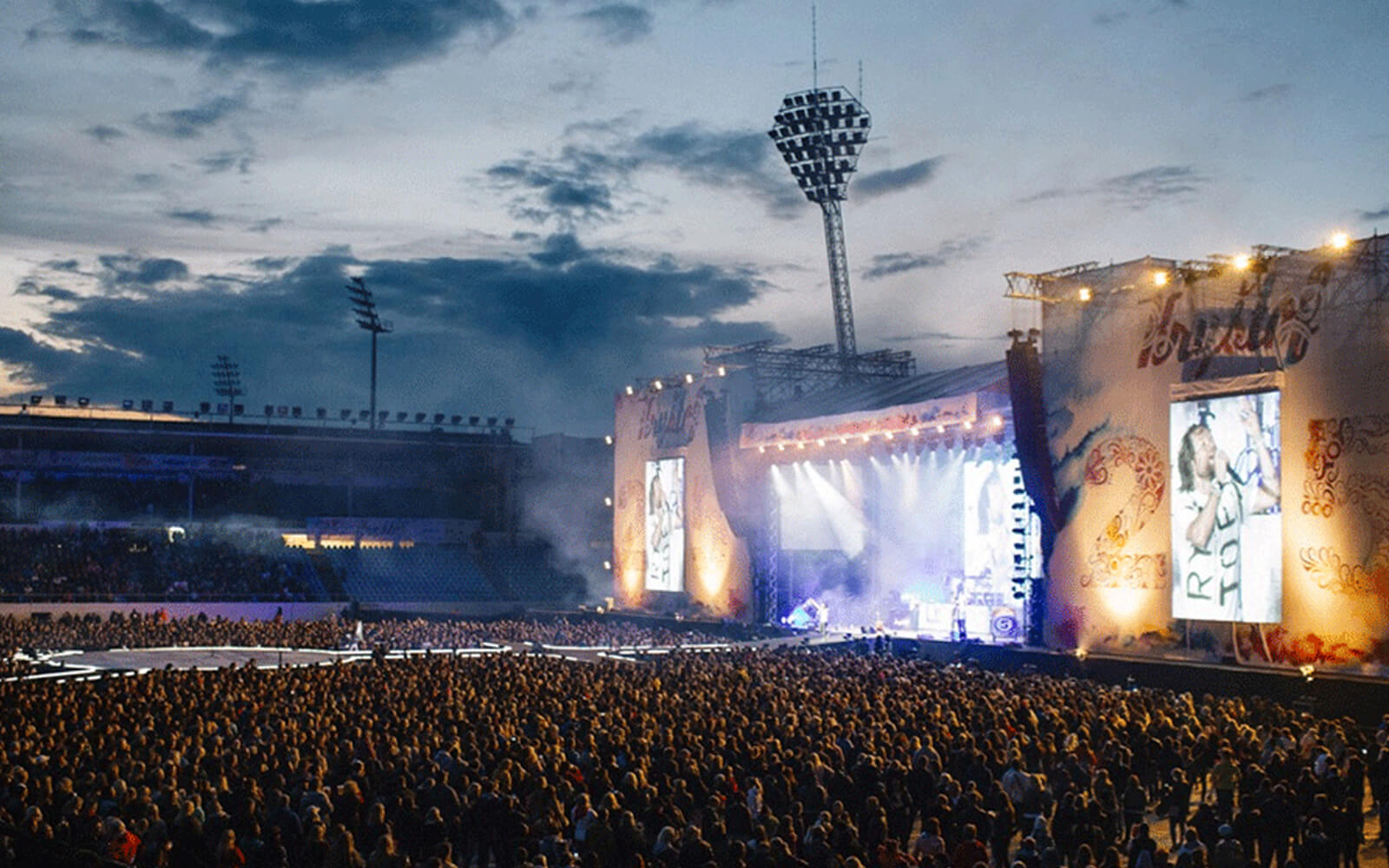 Tens of thousands of Dutch music fans celebrated the national holiday of Koningsdag (Kingsday) in Breda with international EDM superstar Armin Van Buuren and over 20 other artists at the annual 538 Koningsdag festival.

As usual, Dutch production rental powerhouse Ampco Flashlight was called on to provide the audio and lighting equipment for the hallmark event, and relied on a premium loudspeaker system from Adamson Systems Engineering to deliver a live music experience fit for a king.

“We had a lineup of leading national artists and DJs, a big crowd, and some of the worlds most skilled engineers asking for a premium PA, and thats why we have a system like Adamsons E-Series in our inventory,” comments Dennis van der Haagen of Ampco Flashlight.

The 538 Koningsdag event is put on by Hollands 538 radio network and hosted by some of the countrys top radio DJs. Each year, the lineup features a diverse array of pop, EDM, hip-hop, R&B, and more. That included the likes of Armin Van Buuren, Jay Sean, Gavin DeGraw, Maan, and many others for the 2017 edition.

The system deployed by Ampco Flashlight was based on Adamsons E-Series products, featuring main arrays of 20 E15 three-way, true line source cabinets per side. The infill arrays were comprised of 8 E12 three-way enclosures per side while the delay hangs had 12 E12s per side.

“Our staff and the guest artist engineers praise the high-frequency clarity of the E-Series, resulting in a hi-fi experience for the crowd,” says van der Haagen. “This is a major festival on a major national holiday, so its very important we deliver a premium experience.”

Based in Utrecht, Ampco Flashlight Rental BV is a premier professional audio, lighting, video, and rigging rental specialist in the Netherlands, offering turnkey rental and sales solutions for the live, broadcast, theatre, and corporate event markets.

“As a leading rental company, we need in-demand, rider-friendly equipment to properly serve the worlds top artists and engineers,” says van der Haagen in closing. “Premium sound coupled with easy set-up and operation makes Adamsons E-Series a very good choice for us in many applications, including ones as critical as 538 Koningsdag.”