After twenty years of research and development WaveCapture are proud to present the first expert system for generating FIR-filter coefficients based on measurements; FIR-Capture.

Originating from Lab.gruppen’s DSP24 FIR-filter based loudspeaker processor, pioneered by Dan Bävholm and Klas Dalbjörn, and together with Johny Grenander’s groundbreaking work on Windows based measurement system.

FIR-Capture is one of the first measurement systems to offer FIR coefficient generation for independent magnitude-, phase- and group-delay -linearization using linear or mixed phase targets. Linear phase crossovers and brickwall filters are used in a combination with IIR parametric filters in the simulation. Text and comma separated .CSV coefficient files can be created for use in a number of DSP processors or amplifiers. Among them are the XTA DP448, Crown I-Tech HD, Powersoft KDSP-series and soon Lab.gruppen’s PLMs.

Besides being able to run an infinite number of parametric filters or an arbitrary curve the software could equalize phase and frequency response independently. The ability to make detailed time domain corrections is not possible with analogue filters or its digitally implemented IIR counterpart. Many drivers, horns, waveguides and boxes suffer from near-field reflections, edge diffractions, misaligned or absence of corrections delay. These phenomena produces echo-like time responses and can be cured by phase linearization acting as a kind of echo cancellation.

The problem so far, to make it possible to create the raw data for the linearization algorithms by measurements. Most measurement systems suffer from bad time-domain resolution and at that time only MLSSA from DRA labs was able to give sufficient resolution. (And that’s the case even today with a few exceptions.)

In the mid nineties Johny Grenander offered his Lsp-lab measurement system and box-simulation software for the DIY-market. As the first MLS-noise measurement implementation in the Windows OS, many challenges were to overcome, as Windows isn’t a real time operating system as DOS can be. (Most measurement systems, even to this date, have a DOS core, due to the RTOS challenge). By the end of nineties, Johny presented a working measurement system with time-synchronized dual FFT corrected results. This feature together with Multi-Time Windowing (called Wash-PIR in Lsp-Lab) was novel inventions at that time. Thanks to these novel features it was possible to extract the group-delay from the direct sound, a necessarity to be able to do loudspeaker driver’s time domain linearization.

The plan was to merge Johny’s measurement system with the DSP24’s software in time for the new millennium. However, Lab.gruppen got a new owner and the new management decided to move all DSP projects to Denmark and the DSP24 expert system never took off. (At the same time Clair and Lake was to finalize the Clair IO, which later become Lake Contour. The product incorporates many of the ideas such as multiple short FIR filtering and raised cosine filters from DSP24).

The WaveCapture brand was formed in 2005 by Johny Grenander and Dan Bävholm with the aim to continue the work of creating an expert system for equalization using IIR and FIR filters based on measurements. Within a year the EQ-Capture was released with the novel parametric EQ optimizer and crossover simulation for creating presets in DSP loudspeaker processors in general. A FIR optimizer was incorporated from day one, but the lack of DSP units with open import protocol prevented a release of the FIR-optimizer at that time. (The FIR-optimizer was available for in-house use in our consulting business of home cinema systems). 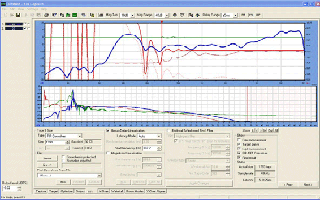 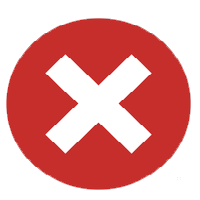 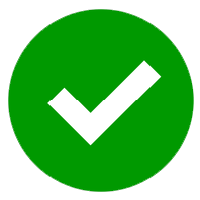